My kittens must have known just how tired I was.  I got to sleep ’til 6:30 this morning.  All of the festivity yesterday must have wore me out.  Yesterday was the first time I’ve had anything to drink in almost 30 years.  The last time, you might ask, well let’s see…………………

My brother Gary and I had been traveling together selling tools for many a year.  Being Military brats, I guess traveling was in our blood.  We had worked Texas, Arizona and Southern California often, many times I guess but we had never taken the time to go to Mexico as “touristas”.

One winter we were working in El Paso, Texas, a large city but down in the dumps economically speaking. It seems like the main source of income was begging, (no kidding).  At every intersection, on all four corners, were people holding up signs “will work for food” or “Please help, need cash”.

Usually we could sell a load of tools at will, we were good at it.  We acted like dumb butt truck drivers from the hills in South Carolina (Carolina Tool).  It worked pretty good, I guess ’cause we didn’t need much help acting like dumb butts.  We would tell people that asked too many questions “Don’t ask me, I just drive a truck”.

Our whole crew (about 25 men) were working El Paso with us.  We stayed at the Congress Motel, I think because it also had a lounge and allowed dogs, (we had a couple of dogs working on the crew).

Since we were little kids I had always made an attempt to speak Spanish.  We lived in Cuba and I was stationed in Puerto Rico and had lived in San Antonio, rather than duck the language barrier I embraced it.  Well, this weapon in my repertoire paid off in El Paso.  We worked that town for two weeks and the only ones to sell any equipment was me and Gary.  We worked the “barrio” with delight.  It was crowded, music blaring, all kinda of colors, people pushing and shoving.  I remember one guy asking me “Who taught you to speak Spanish?  I’d cut his throat.” I told him ” I learned it in “prison, now chew on that.” 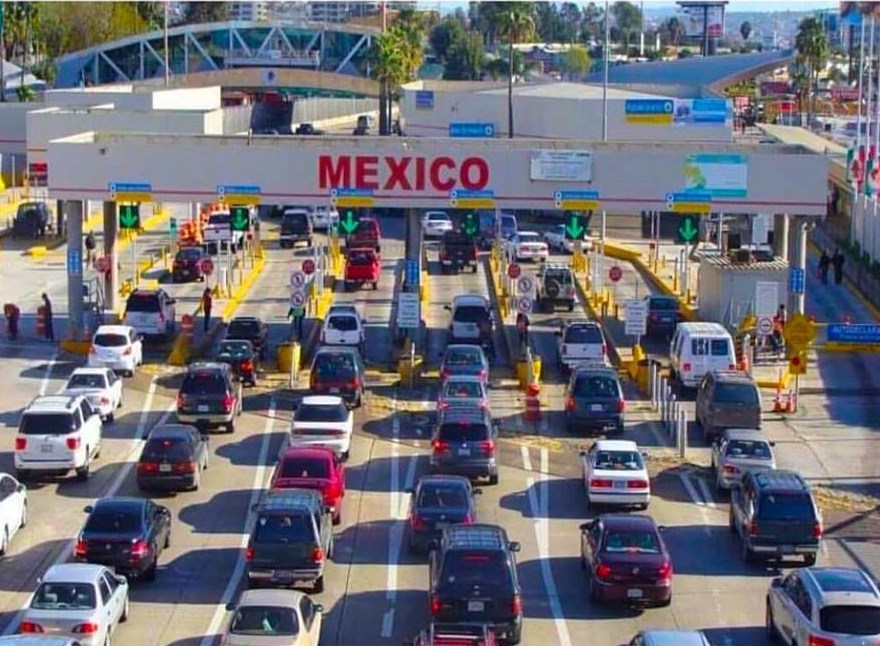 The “barrio” is a neighborhood strip across from Jaurez and the Rio Grande, like a buffer between American El Paso and Mexican Jaurez.  El Paso is a big town with about 1 million people.  Jaurez while no metropolis, has two million people, mostly slums and more slums crowded together and sprawled out across the Rio Grande Valley and sloping mountain sides.  At first we were timid to say the least, about being fairheaded gringos working the barrio but it paid off, we sold two loads a day, always got paid cash.  Twice what any one else did while we were there.

In a festive mood Gary and I decided to drop our drawers, let our hair down and take our life in our hands and just go across the border for some fun and excitement.  We left our truck in Los Estados Unidos and walked across the Customs check point promising to return by the end of the day.  We tried to see it all.  American money  (US dollars)  buys a lot more in Mexico, than pesos will.  Leather goods like Tony Lamas boots cost less than a hundred bucks, versus 3 to 4 hundred here.  Tattoo parlors every where, crowded street and street vendors, chicken fights in every ally and muchos putas por barrato, todas ahora.  To say that their streets are crowded is a play upon words.  Street lights didn’t exist, it was the guy with the loudest horn that had the right of way.

Gary and I decided we wanted a cold beer (cerveza fria) and tried to find a cantina that didn’t look like it was about to be condemned.  We gave up on that and found a place that looked like an old style western bar that you always saw on TV westerns.  The sign above the door said “Cantina de Royale”.  It even had the swinging “bat wing” styled doors that guarded the door way, like gargoyles.

Next to the entrance was a guy without any legs, sitting on a skateboard, with a tin cup, looking for handouts.  I think we gave him a dollar apiece, to which he replied “Gracias amigos” and grinned at us, when he did the sun flashing off of his gold teeth almost blinded us.  I think almost every one we met that day had either gold or silver teeth.

The first thing that caught my eye when we entered the bar was the one bladed ceiling fan, tilted to an angle, turning slowly like a ticking clock, it was surrounded by sticky fly tape, hanging from the ceiling.  This place was crowded, every one drinking and having a good time.  “Selena” was blaring from the juke box, every body cried when she sang and loved her music.  Guys would stand around and cry “Selena” hold their drinks to the sky and drink a toast.  Seems like she had just been killed not long before and everyone was still shocked by her passing.

This place wouldn’t pass any health inspections stateside, but the filth didn’t seem to hamper any one’s drinking.  There was one guy hustling drinks, he had a mouthful of silver teeth, he had an electric cord plugged into the wall outlet, the ends of the cord were frayed and the two wires were pulled apart. He would put the light bulb between his teeth and then hold both ends of the electric wire, one in each hand. The bulb would light up, sticking out of his mouth. (Don’t try this at home).

Gary and I went to the bar, pushed a few whores aside to make room for our elbows.  We ordered a bottle of mescal and two draft beers for chasers.  We were about half way through our first bottle, when we noticed every one looking out the window.  It seems like the crowd of people in the street had started moving in one direction like “lemmings leaping into the sea”, the folks in the bar wanted to see what was the commotion, they rushed to the window to find out.

The murmur outside became a roar, instead of moving fast, folks began running past the window.   The building started shaking.  So many people moving in one direction, it was dumbfounding.  The guy on the skateboard came inside under the swinging doors and hollered “Run for your lives, Pedro is coming!!!!!!!!!!!” .

Me, I was thinking that “Pedro” must be some rambunctious bull that some one had let loose and not thinking he could get in the bar, so I kept drinking my mescal.  That stuff has a kick to it in case you haven’t heard.  The people in the bar started leaving in a hurry, not even bothering to scoop up their change on the tables, knocking over chairs on their way out the front door.  Big time, even the guy passed out on the pool table got up in a hurry and left.

The beer tender came up to us, wanting us to settle our tab.  We asked him “What’s the rush amigo, we’ve only just got started?”  He said “You must hurry, haven’t you heard?  Pedro is coming; he is the biggest and the meanest hombre in all of Mexico”.

He was ready to go, so we got him to get us another bottle of mescal and he set it on the bar in front of us, before he too, took off running out the door.

Soon after that, the biggest, meanest and ugliest looking dude I ever saw came walking through the “bat wing” doors.  He had tattoos all over his chest and one on his back that was a complete bull fighting ring, with thousands of people, a matador and a bull in the center, it covered his back.  What I noticed most was even though he was bare chested he wore a shoulder holster, with a .45 automatic.  He came up to me and Gary at the bar, pulled out his pistol, pulled back the slide slowly, then turned to shoot at cockroaches scurrying on the shelves.  He holstered his gun and looked at us.

I reached over to the bar and grabbed the near empty bottle of mescal and chugged it straight from the bottle, clinched the worm between my teeth, bit it in two and swallowed both halves then tossed the empty bottle over my shoulder, never taking my eyes away from his.  He reached over to the bar and grabbed the unopened bottle of mescal and broke the neck on the edge of the bar.  Then he took his still smoldering cigarillo butt from his mouth, dropped it into the now opened bottle, then he raised the bottle to his lips, pressing the broken edges of the bottle so tight against his mouth, that blood started running down his chin.  He drank and chugged until all of the mescal was gone, either down his gut or running past both sides of his mouth until he had that cigar butt between his teeth, and he even swallowed that.

The hairs stood up on the back of my neck.  I looked at Gary and he had his hand in his front pocket, I knew he was ready to whip out his blade.  This guy shook his head left, and then right a couple of times, like a boxer that had just taken a good punch to the jaw. Then, all of a sudden, he turned to leave, just the way he came in.

I reacted in surprise I couldn’t stand the suspense and hollered out “Hey Amigo, wait where are you going”?  He turned and looked at me , he spit phlem and blood.  Then he said, “Estupido Gringo haven’t you heard?  Pedro is coming!!!!!!!!!!!!! 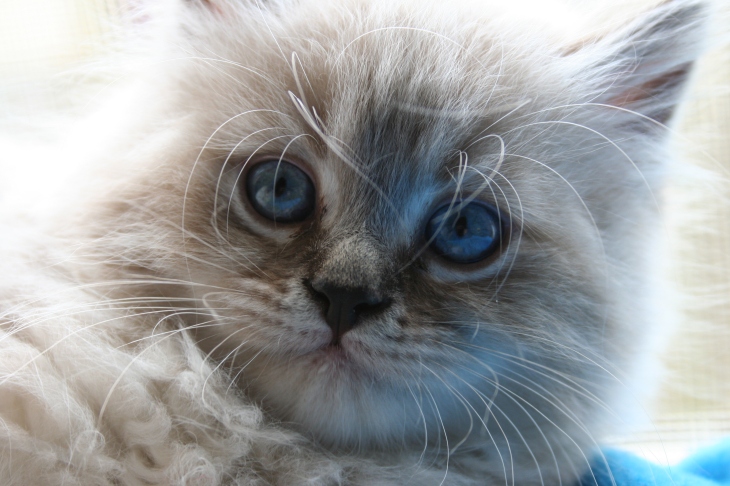 I don't know how many survivors are left from the military dependent evacuation from Cuba, during the Cuban Missile Crisis. Not too many I suppose, but I am one of them. View all posts by mikefrailey1